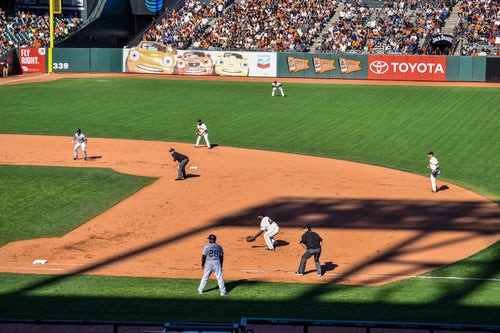 The Colorado Rockies, who are second in the NL West, head to New York for a match-up against the Mets, third in the NL East.

The Rockies are scoring 5.4 runs per game, well above the league average.

For the Mets, Jeff McNeil leads in hitting at .345 and Pete Alonso is the main power threat with 20 home runs and 45 RBI.

Wilson Ramos is second on the team in RBI with 34 and Michael Conforto has been solid with 11 home runs and 28 RBI.

As a team, the Mets are averaging 4.6 runs per game.

Jeff Hoffman has struggled in his four starts this season for the Rockies. He’s 1-2 with a 7.29 ERA, having allowed five home runs in only 21 innings.

Scott Oberg has been one of the few consistently solid reliever, posting an ERA of 1.65 in 27 1/3 innings.

Brain Shaw is the workhouse out of the bullpen, posting an ERA of 3.75 in 36 innings.

Carlos Estevez and Seunghwan Oh have combined to an ERA of 6.36.  As a unit, the Rockies pitching has allowed 5.2 runs per game.

He’s been hurt by the long ball, allowing ten home runs this season.

Closer Edwin Diaz has 13 saves and an ERA just under three and Seth Lugo has allowed just nine earned runs in 29 1/3 innings.

However, frequently used Robert Gsellman and Jeurys Familia have an ERA of 5.55 over 60 innings.

The Mets have allowed 4.9 runs per game this season.

This looks like a great opportunity for the Mets to pile on the runs, facing a struggling Hoffman.

The Rockies have a better overall offense and could take Syndergaard deep at least once.

However, Syndergaard is much more likely to put together a solid outing than Hoffman.

Look for the Mets to score above their season average.