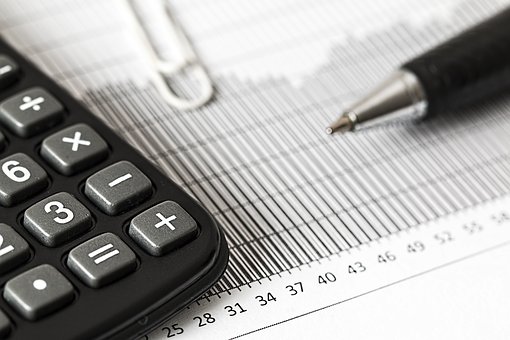 How to calculate home advantage in soccer

Whether you are an experienced sports bettor or a beginner, you have surely heard that the team playing at home has some kind of handicap playing at home.

While there is some truth to this, just how valuable is home field advantage in soccer?

Calculating the home advantage in soccer is a tricky one because of the size of data that is being worked with.

For this article, our research was conducted by breaking down the home advantage by leagues around the world.

Among the top soccer leagues across the world, home field advantage is most authoritative in the Netherlands’ top flight Eredivisie league.

In this league, home teams win 53%, while away teams win just 28% of the time, with 19% draw coming in as the third likeliest result.

There is something to be said about the home field advantage in this league, as both Ajax and PSV went undefeated at home during the 2018/19 season.

In a league like this, home field advantage would have a slightly heavily mathematical influence on the betting handicapping of the match.

Statistically speaking, there is little to no home field advantage in this league.

When handicapping soccer matches in this league, there will be minimal home field impact when crunching the numbers.

These two examples are the two extremes when it comes to home field advantage.

Most of the world’s most popular leagues have statistics that fall somewhere between these examples.

Each league has its own unique pace and style, dictating the play of the teams and how they perform both home and away.

When considering the advantage of home field, it is essential to keep in mind the circumstances of the match in question.

Soccer is much different from any other sport because of the amount of different competitions that occur each season.

Because of the high volume of matches, some matches are inevitably going to be more significant than others.

For example, Barcelona’s home field advantage will be much more prominent in a Champions League fixture or in a match against Real Madrid than it would be in a league cup match against a smaller Spanish side.

The more relevant/important the match, the louder and more excited the crowd is. This same concept applies to teams and leagues around the world. All important to create a winning formula

This handicap given by the “home field advantage” is influenced by a number of different variables. A couple of the most influential factors are listed below.

Each soccer matchup has dozens of battles within the game. One of these battles is between the two teams managers.

Each manager has their favorite tactics, which may or may not differentiate when playing at home.

These tactics have a massive impact on how the game is played, how many goals will be scored, and who will win or lose certain matchups.

For example, current Tottenham manager Jose Mourinho is one of the most successful managers in world soccer.

Despite having an excellent record of 533-167-129 over his career, Mourinho seems to have problems when facing managerial rival and current Liverpool boss Jurgen Klopp.

Jose Mourinho is just 2-4-4 in matches managing against the German. Klopp is known for his pressing style, a tactic that might match up favorably with Mourinho’s style.

This is just one of countless examples out there that prove that the matchup between managers has a huge influence on the outcome of the match.

This kind of data is even more influential when mixed with the consideration of home field advantage and the potential difference that it can make.

It should go without saying, but home field advantage alone is not enough data to rely on when making a wager.

The lineups of each teams should be monitored and studied as much as anything.

The players and combinations of players can be very telling when breaking down a matchup.

Certain personnel performs better at home than others, adding yet another dynamic that can be affected by home field advantage.

There may be no better data than recent form, and more specifically recent home/away form.

There is something to be said for teams who can’t lose at home, and for those who can’t seem to get a result away from home.

Some teams can turn their home field into a fortress, going on long runs without giving up points at home.

Liverpool seems to be on one of those runs at the moment.

This is an ideal example when looking for a streaky team who has incredible home form as of late.

The Italian giants haven’t lost a home match in the league since the 2017/18, going 21-5-0 in their last 26 Serie A matches at the Allianz Stadium.

Home field statistics do typically swell up for the stronger, more dominant teams.

These types of powerhouses can usually be found in each league.

Teams like Borussia Dortmund, Arsenal, Manchester United, Barcelona, and PSG to name a few are teams that are very hard to beat at home.

All in all, it is hard to put an exact formula on how to calculate home field advantage.

Keep in mind the variables mentioned in this article when considering home field advantage, and use databases and other free tools at your disposal to give yourself the best chance when using this info for betting. Another option would be to use soccer betting prediction software to help with calculations.

There is a lot of data that can be correlated with home field advantage, but it should be judged on a case-to-case basis.