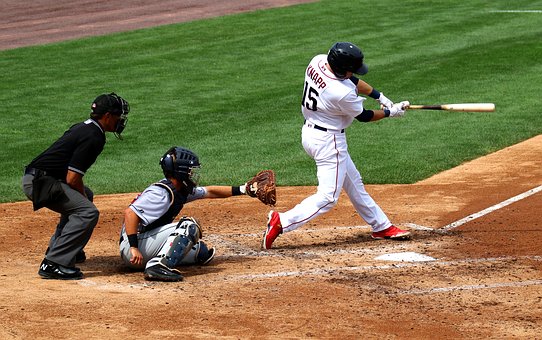 This match up between the Kansas City Royals and the Seattle Mariners features two last place teams.

Homer Bailey is scheduled to pitch for the Royals and Yusei Kikuchi is set to start the game for the Mariners.

Offensively, the Royals have hit a modest 70 home runs and are slightly below the league average in scoring at 4.2 runs per game.

Jorge Soler leads the team with 18 home runs and 49 RBI.

Whit Merrifield is also north of .300 and has 33 RBI. Veteran outfielder Alex Gordon is having another solid season with 10 home runs and 39 RBI.

For the Mariners, they are averaging 5.2 runs per game and have belted 132 home runs.

However 35 of those home runs came from Jay Bruce (now with the Phillies) and Edwin Encarnacion, whose 21 home runs now are in New York with the Yankees.

The Mariners still have plenty of pop, lead by Daniel Vogelbach’s 17 home runs and Mitch Haniger’s 15.

Domingo Santana leads the team in RBI with 49.

He has struck out 61 in 67 innings and has kept the ball in the yard, surrendering only five home runs.

Closer Ian Kennedyhas seven saves and an ERA of 3.86.

As a team, the Royals are allowing 5.1 runs per game.

As much as the Royals pitching has underwhelmed, the Mariners have been even worse.

Connor Sadzeck has been the most reliable of the relievers, posting an ERA of 2.66 in 23 2/3 innings.

Cloers Roenis Elias has seven saves with a relatively high ERA for a closer at 3.94.

Brandon Brennan and Cory Geurrin have struggled to a 5.22 ERA over 60 2/3 innings.

As a unit, the Mariners have allowed a staggering 6.1 runs per game.

Although this ia a game featuring two last place clubs, it should be entertaining for those that like offense.

Seattle should easily surprass their average run total per game against the shaky Kansas City pitching.

Despite averaging only 4.2 runs per game, the Royals could put some in the seats against Kikuchi and take advantage of on overall poor Mariners’ bullpen.