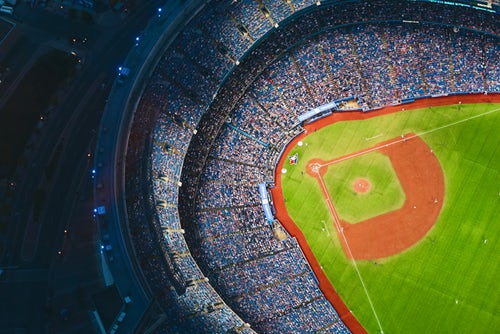 The Oakland A’s, currently 2nd in the AL West, take on the NL Central’s 3rd place Cardinals in this interleague battle.

Tanner Anderson is scheduled to pitch for the A’s and Adam Wainwright is set to take the mound for the Cardinals.

The A’s have an offense, like many in the league, that rely on the long ball.

They are hitting a modest .248 but have 121 home runs and average five runs per game.

Matt Chapman leads the team in home runs with 18.

Khris Davis adds to a power duo with 16 home runs and 41 RBI.

Matt Olson and Ramon Laureano have chipped in with 12 home runs each.

The Cardinals have a more average offense, averaging 4.6 runs with a .243 average and 95 home runs.

Marcell Ozuna heads the attack with 20 home runs and 62 RBI.

Paul Goldschmidt had 14 home runs but a modest 31 RBI, while Paula DeJong has contributed 13 long balls to the offense.

Matt Carpenter has struggled and needs to pick up the pace, hitting just .218 with 10 home runs.

On the mounds for the A’s, Tanner Anderson has only thrown 15 innings, posting an ERA of 4.20, striking out 12 with two home runs allowed.

Close Blake Treinen has 16 saves but has been far from automatic, posting a mediocre 4.08 ERA.

On the other hand, Liam Hendriks as been extremely effective, posting an ERA of 1.49 in 42 1/3 innings.

Yusmeiro Petit is another frequently used member of the bullpen and have been solid with an ERA of 2.55 over 42 innings.

As a team, the A’s have allowed slightly above the league average at 4.8 per game.

Adam Wainwright enters with a record of 5-6 and ERA of 4.50. He’ struck out 67 in 76 innings and has allowed a respectable nine home runs.

The biggest problem with the bullpen now is who will close after Jordan Hicks suffered a torn UCL in his right elbow.

As a team, the Cardinals have given up 4.4 runs per game.

The is a very evenly match game with the A’s having a slight edge offensive and the Cardinals slight edge on the mound.

The key could be who gets to which starter first because both bullpens are very good.

Balls should stay in the park with neither pitcher surrendering a huge number of home run balls.

Look for a tight, relatively low scoring game. Go with the “under” and the Cardinals to squeak out a 4-3 victory.