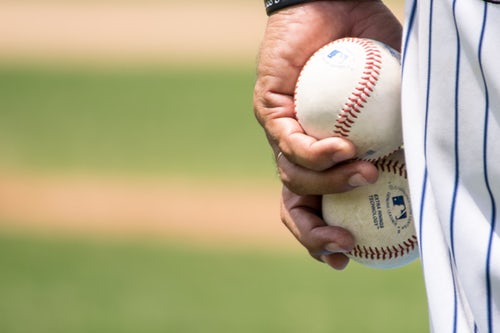 In this interleague match-up, the AL West’s last place Mariners take on the Milwaukee Brewers, second in the NL Central.

Mike Leake is scheduled to make the start on the mound for the Mariners and Chase Anderson is set to pitch for the Brewers.

The Mariners have been strong offensively for much of the season, having blasted 145 home runs and average 5.3 runs per game.

However, Edwin Encarnacion and Jay Bruce and their 35 home runs combined are with the Yankees and Phillies, respectively.

The Mariners are now led by the duo of Daniel Vogelbach (19 home runs) and Domingo Santana (17 home runs, 60 RBI).

Omar Navarez leads in batting average at .294 to go along with 11 home runs.

For the Brewers, Christian Yelich and Mike Moustakas form perhaps the best power duo in the league at the moment.

Yasmani Grandal has added considerably to the offense with 18 home runs.

Three others have hit at least 10 for a team that has hit 136 home runs and averages five runs per game.

On the mound, Mike Leake has a winning record at 7-6 with a sound 71-to-16 strikeout-to-walk ratio.

However, his ERA is a mediocre 4.54 and has allowed an astonishing 22 home run in 101 innings.

Roenis Elias has nine saves and a decent ERA of 3.60. Cory Gearrin has been used regularly but hasn’t been extremely effective, posting an ERA of 4.66 in 29 innings.

The most consistent reliever has been Connor Sadzeck with a very good ERA of 2.66 over 23 2/3 innings.

As a team, the Mariners have struggled keeping opponents from scoring, allowing six runs per game.

Much the same as Leake, Chase Anderson has been hurt by the long ball.

Adrian Hauser has been very effective (2.27 ERA, 31 2/3 innings), while closer Josh Hader has been nearly impossible to hit at times.

As a team, the Brewers are allowing 5.1 runs per game.

This has all the makings of a high scoring game. Both teams love hitting the long ball and neither starter has been successful keeping balls in the park with regularity.

Playing at home and being the more solid overall team gives the Brewers the advantage.

Ill take the over and and the Brewers to come away with a victory by the score in the 7-5 range.