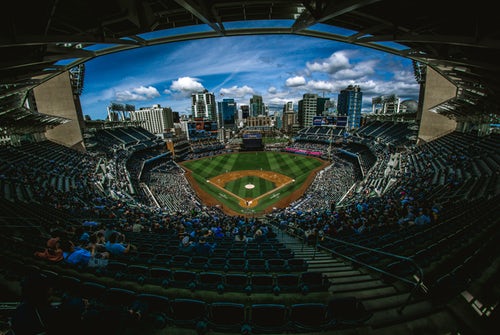 The Washington Nationals, currently third in the NL East take on the Detroit Tigers, fourth in the AL Central.

Anibal Sanchez is the scheduled starting pitcher for the Nationals and Daniel Norris is set to take the mound for the Tigers.

The Nationals have been a solid offensive team, having hit 109 home runs with a .253 average and five runs per game.

Howie Kendrick and Juan Soto are each hitting over .300 with 12 home runs.

Victor Robles and Matt Adams add to the power attack with 11 home runs each.

Detroit has had issues scoring runs all season.

Miguel Cabrera is first on the team with a .292 batting average but his power production is way down, having hit only four home runs.

Brandon Dixon leads the team with 10 home runs, followed by Jacoby Jones with nine and Nicholas Castellanos and Ronny Rodriguez with seven.

On the mound, Anibal Sanchez has been solid, but far from spectacular.

Closer Sean Doolittle has an ERA just above three with 17 saves, but the majority of the bullpen for the Nationals have struggled.

Wander Suero, Matt Grace and Kyle Barraclough have a combined ERA of 6.07 in 89 innings.

As a team, the Nationals have allowed 4.8 runs per game.

The Tigers have struggled on the mound as well.

If the Tigers can get the ball to closer Shane Greene, they in good shape.

He’s saved 21 and allowed only three earned runs in 30 innings. The problem is getting it to him with the lead.

Joe Jimenez, Victor Alcantara and Blane Hardy have a 4.50 ERA over 94 innings.

As a team, the Tigers have given up an average of 5.4 runs per game.

Washington doesn’t have the most potent lineup, but should be able to take Norris deep at least once and get a lead, avoiding having to face Shane Greene late in the game.

The Tigers haven’t been able to hit their way out of a paper bag. Look for the overall score to be below the league average.

Ill go for the “under” and for a road win for the Nationals by a 5-2 score.