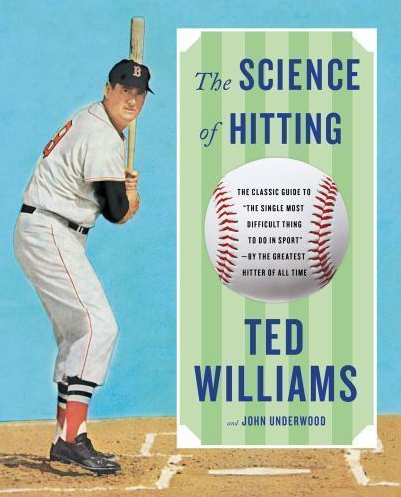 I first wrote this when I started today’s top totals in 2019. It was just an idea. My love for predicting sports and especially over/unders. It’s a short blog but it all holds true today.

Firstly, I must clarify that “Wazza” and I didn’t catch up for a few beers in Vegas and chat sport betting or anything.

Although the title may eluded to something of that nature. I have however, always been a fan of his from when he was the richest man in the world.

And in being a fan, Ive watched lots of his videos and studied his investment advice.

Out of everything, one piece of advice stuck out to me that could be used to sharpen my results in Sports betting.

The advice was, Warrens take on a book written by baseball legend Ted Williams.

The Book was called the Science of hitting. And it really boils down to how to make better decisions, and a Baseball analogy to investing.

In the Science of hitting, Ted Williams has a diagram. The Diagram ( Featured below) Show’s William’s “sweet zone”.

Williams says that if he only swung at pitches in his sweet zone, his batting average would be 400.

If he had to swing at low outside pitches, although still in the srtike zone, his average would be 230.

Williams concluded that the most important part of hitting, was waiting for the right pitch.

Now Warrens take on this, was that Ted Williams, speaking of baseball, in contrast to investing, was at a big disadvantage.

Because there came a time where he had to swing at a pitch. He had no choice because of called strikes.

The difference is, that in investing you dont have to swing. And of course the same is true in sportsbetting.

( Wazza didnt say that, that’s what im saying ;)) In investing or sports betting there are NO called strikes.

This puts you (the investor) at a huge advantage. Because you can just look at all the opportunities being thrown at you, and only YOU decide when to swing(invest, place a bet).

Only once something is sitting right in your sweet spot. Something that you understand thoroughly.

Something that you like the price of, and is right up your alley. Then you swing.

Warrens advice- You don’t have to have an opinion on everything.

Actually, he says that its a very, very big mistake to feel that you need to form an opinion on everything (In investing).

I would add that the more opinions you have in terms of games, the more likely you are to start gravitating back to the 50/50 percentages. That is just the law of averages at play.

Though I may have many opinions here at today’s top total’s, that’s because many people want an opinion on a particular game. I personally may back 1 a day at best.

So in conclusion, stick to what you know, and only “swing” when the “pitch”is sitting in your sweet zone. Thanks Wazza