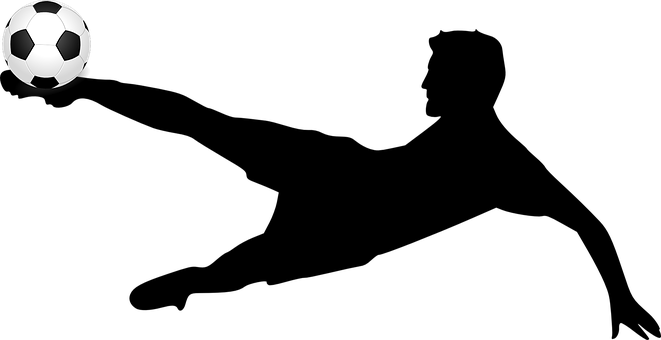 What’s the best way to bet on football

When deciding which sport has the most profit potential for a sports bettor, there is no way to deny that soccer is a top candidate for the spot.

Soccer is different from all of the other sports for many reasons.

The sheer volume of soccer games that are offered by sportsbooks far outweighs that of any other sport.

Soccer is the most popular sport in the world, which has resulted in the forming of thousands of professional and semi-pro soccer leagues…

Most of which is able to be wagered on in one way or another.

This means that the bettor who is looking to wager on soccer has an option of literally thousands of matches each week, for nine months out of the year.

There will still be competitive matches via international soccer and professional leagues in the western hemisphere, such as the MLS and Liga MX to name a few.

This year-round clock is what makes soccer one of the most profit-potent sports to bet on, but just what is the best way to bet?

We break down the strategy that we think puts you and your money in the best position when taking on the bookie in the sport of soccer.

For starters, the bettor would break down this matchup by gathering as much information as needed.

These stats could include, but are not limited to :

Team stats are the first detail that should be studied.

The numbers don’t lie, and will always outweigh the opinions of those who have their favorite teams and players to watch.

Each handicapper will have their own favorite types of stats to crunch, but there are some sets of data that is collected by a large percentage of bettors.

Some of these stats would be the amount of possession a team averages, how many shots and shots on target a team take and allows, how many corners, offsides, fouls, and bookings a team gets, and much more.

These stats will give a handicapper a baseline idea of how two teams will match up against each other.

This baseline will be built upon in order to figure out what to bet on.

The injury report of a team is a major detail that should never be overlooked.

Before betting, make sure that an important player is not missing from the defensive line, midfield, or attacking front of a soccer team, as these types of key absences could have a major impact on the result of a match.

This tip can also work in a bettors advantage.

If there are significant injuries to a team, that matchup should become a prospective match that may have variables to take advantage of.

Each soccer team has a manager, and each manager has certain tendencies and ideologies that are expressed through the team he puts out and the style in which they play.

These managerial details are useful when breaking down a game from a betting standpoint.

Some valuable and telling data can come in the form of a manger’s record against certain teams, managers, and styles.

The form of a team tells researchers how that team has played in the recent past heading into the game in question.

The form of a team can tell you how that team is “trending”.

A team that has lost two and tied three of their previous five matches would be considered to have questionable form….

while a team who has a perfect 5-0 record in their last five matches would have terrific form heading into the next match.

Not every soccer game is equal.

Soccer is filled with many competitions, and each of these competitions are prioritized differently by each team.

With friendlies, domestic tournaments and leagues, and additional continental competitions, there is plenty of betting to go around.

Make sure that when betting, you understand which competition you are betting on.

Many times, teams will play weaker or younger teams in some of the less prioritized competitions…

Which are teams a bettor would obviously want to avoid betting on!

The large pool of betting options is something that can be a double-edged sword if you aren’t careful.

If a bettor is irresponsible with funds and spreads money out on many soccer games, the bookie will reap the benefits;

But if that bettor is able to comb through the vast options of soccer games and pick out 1-3 bets that meet their standards as a really good bet,

then you are using the volume of soccer to your advantage.

With the hundreds of thousands of soccer games being played throughout the year,

a sharp bettor will be able to pick out his winners and get over on the bookie with the high volume of soccer games.

Soccer is unique because of the three-way moneyline that is offered with soccer lines.

Due to the outcome of a tie being possible, soccer matches have three possible ways of ending instead of the usual options of one of two teams winning.

This fact increases the profitability of correcting betting on a soccer moneyline because of the added risk that comes with betting on something with three possible outcomes.

As a result, there are more + money opportunities in soccer than any other sport, giving bettors slightly more room for error in % of correct picks.

While there is no perfect formula that will always work when betting on soccer...

This technique gives those who execute it properly a new edge when facing the bookies.

If this strategy has presented new ideas for your betting game, go ahead and try them out the next time you put some money down on soccer!