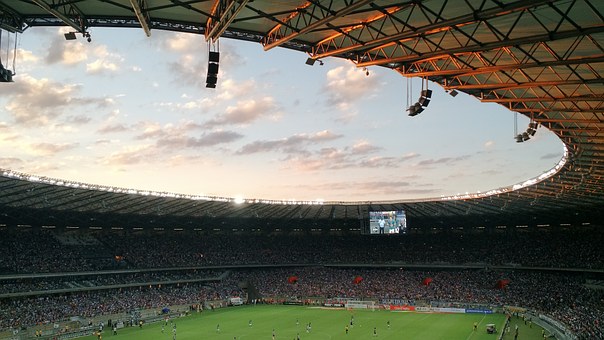 Each year, there is more money bet on soccer than any other sport worldwide.

-but others would say that this is because soccer is among the easiest sports to predict while betting.

Many bettors report that Over/Under betting is their favorite type of bet to execute when wagering money on soccer, but why?

Most will point to the fact the soccer games are the lowest scoring games from all of the major team sports.

Most soccer league games average around 2.5 goals scored per game, making an Over/Under betting line much more predictable than that of a football, baseball, or basketball game.

Even with this information, how is a bettor to know if the game is going to end with more or less than the Over/Under line?

This acronym stands for Stats, Lineup Intentions, and Weather, which represents four important variables that should always be heavily considered when betting an Over/Under soccer line.

When beginning to handicap the Over/Under line, the stat matchup is often the first thing that a sports bettor will study and compare.

When looking to predict an Over/Under line, there are a number of important stats that have a heavy influence on the amount of goals scored each game.

Some of these stats include big chances created and conceded, time of possession, shots taken and allowed, and of course goals scored and conceded.

The Over/Under line of a soccer match will always rely on the matchups of the two teams playing, and statistical research is a great tool to use when looking to get an edge on the bookie and their lines.

After breaking down the statistical side of the matchup, it’s time to dig a little deeper into the competition at hand.

While teams will typically have a certain style or pace that they play with, the most influential detail about how a team plays is the personnel playing.

You probably wouldn’t want to bet tons of money on Barcelona without Messi in the lineup, right?

Well the same concept should apply to all of your soccer bets, meaning that the starting lineup of each team should be known by the bettor.

This extra step will ensure that bettor knows exactly who will be competing, and how they will have an affect on the Over/Under betting line.

After checking the stats and lineups of the squads, make sure that the intentions of the teams in question is understood.

Sure, teams will say that they go out to win every game, but this is simply not the case every time.

In some cases, a team might want to preserve a tie or a low scoring match in order to go through in a tournament.

Many times, inferior teams who can’t hand with the big teams will go into road matches looking to just get a point out of the match, and will play very defensively to try to ensure this result.

Bettors who are looking to put money on a soccer Over/Under line should always be aware of these situations and many more like it.

Before putting any money down, make sure to fully understand the possible intentions of both teams before a match, along with how these intentions will likely affect the Over/Under line.

The last detail in our original “SLIW” strategy is the weather. Soccer is a sport that is not immune to the weather, especially considering the fact that many of the most significant soccer matches are happening in England and other precipitation-heavy regions.

Weather conditions can have a huge effect on how many goals can be scored in a soccer match, forcing bettors to take these details into consideration.

Before placing your Over/Under bet, just make sure that heavy rain and/or winds aren’t going to ruin your odds of hitting that bet.

The “SLIW” strategy does not promise to make hitting Over/Under bets easy, but it does take four important variables of Over/Under soccer betting into consideration…

Making it a system that should be reviewed while wagering on soccer Over/Under lines.

Each section is significant, and the answers found after researching these sections can go a long way in being able to predict Over/Under lines.

Of course, the “SLIW” method is one of many possible ways to bet on the Over/Under line in soccer.

If betting before the match is not your style, live betting may be the way to go. Live betting allows gamblers to place wagers practically anytime during the game.

This feature can be extremely profitable, especially when betting on the Over/Under, as the lines can be significantly more predictable mid-game.

For example, if a game has started out extremely slow with both teams struggling to create goal-scoring chances…

Then a bettor would recognize this and consider betting on the Under line.

If a game has started fast with both teams registering a number of shots on goal after just a few minutes, then a bet on the Over might be the next move.

Live betting opens up endless possibilities when betting on the Over/Under of a soccer match.

The next time you are looking to predict and bet on the Over/Under lines, try these two strategies and let us know how you performed!