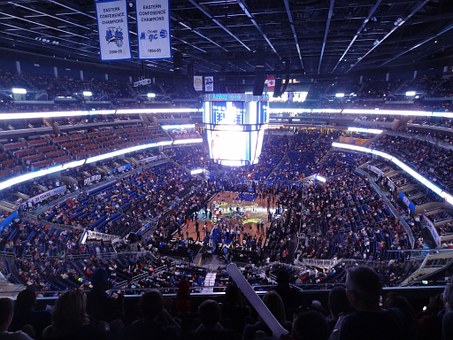 How Often Does the Home Team Win in the NBA?

In many aspects of life, assuming can get you burned, and sports betting is no different.

With that being said, there is probably no bigger assumption in sports than the one that is made about home teams always having the advantage.

Is there an advantage of playing at home, especially when talking about the NBA?

Today we look into this topic and find out just how influential the home court advantage can be.

What is the percentage of home team wins?

To find out the percentage of home games won, the winning percentages of the 2018/19 NBA season and postseason were used via  teamrankings.com.

These simple calculations found that the home team won 56.2% of the time last season, indicating that visiting teams were defeated 43.8% of the time.

While this 12% swing may look small, this difference is quite significant in the eyes of experienced sports bettors, who will see a clear discrepancy between data sets.

It is important to distinguish the fact that not every team is winning home games at a 56.2% rate.

While the stats prove that the home team wins at this rate, some teams perform much better than this number when playing on their home court…

While other teams don’t win anywhere near that percentage.

For example, the 2018/19 Milwaukee Bucks and the Denver Nuggets were tied with the best home team in the league, both putting up a 39-10 record when playing at home.

Both the Nuggets and the Bucks won 79.6% of their home games, far above the league average.

In the 2018/19 season, teams like the New York Knicks and the Chicago Bulls were responsible for the lowest home court winning averages.

Both Eastern Conference teams went 9-32 in home games, winning just 21.9% of those encounters.

A further look into home court numbers in the 2018/19 season does indicate that home teams are experiencing more success than when playing away.

In conclusion, it is safe to say that there is clear indication of home teams thriving in the NBA.

77% of teams posted winning records last year, and 56.2% of home games were won.

As a bettor, these numbers can go a long way in helping decide how to bet on NBA matchups.