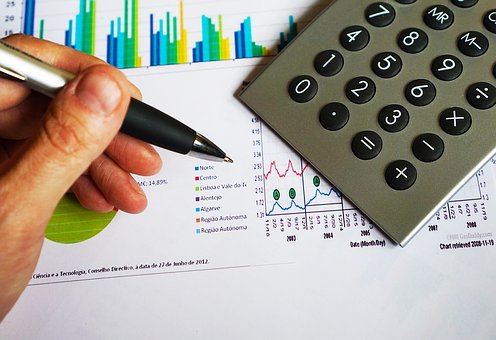 How do football point spreads work

Along with the Moneyline and Over/Under betting options, the Spread bet is the most common ways to bet on football.

In betting terms, the point spread is the amount of points that is expected to be between these two teams after regulation has ended.

The point spread tells the bettor how many points a certain team is favored by going into the game.

The point of a spread bet is for the sportsbook to be able to take betting action on practically every game.

Even in games that represent huge mismatches that will end in predictable outcomes, the spread bet adds an extra dynamic to the event.

Prior to the game being played, the sportsbooks will always have one favorite and one underdog.

To find the point spread, locate the favored team, which will have a (-) beside the amount of points they are favored by.

This number is the point spread, and it indicates how many points the team who is the favorite is expected to win by.

This same number will be found on the underdog’s point spread line, only with a (+) in front instead of the (-).

This number tells the bettor how many points the underdog is being given, and how close they need to be to the favorites if they are to cover the spread.

For example, let’s say that the New England Patriots are taking on the Steelers this week as 8.5 point favorites.

The sportsbook would open the point spread line at -8.5 for the Patriots, and +8.5 for the Steelers.

This means that New England would have to win the game by nine points or more to cover the point spread, while the Steelers have to finish the game within eight points or better from the Patriots to cover the spread.

If this game played out to a 30-24 Patriots win, the Steelers would have covered the spread despite losing the game.

This is because they were expected to lose by 8.5, but they were able to finish within six points of New England.

The idea of spread betting is much more simple than many new bettors make it out to be, so don’t think too hard about it.

Take a look at our guide explaining just how the point spread works in football and how to add point spread betting to your gambling repertoire.

Still confused ? click here For our full guide on understanding the plus and minus in sports betting

Just like the Over/Under line, the point spread line also has the ability to move up and down prior to kickoff.

This spread movement is often a result of money coming in on a certain result, which forces sportsbooks to change the odds, making the result that had been heavily chosen a little less profitable.

In doing so, the sportsbooks are lowering their liability and possible payout amount on a certain result.

If a bettor gets in on a line before it makes a move, their chances of winning (or at least hedging to ensure no loss) greatly improves.

For example, if Alabama and Georgia play each other on November 10th, the line will likely be released November 4th or 5th.

The sportsbooks will likely bump this line up to -5.0, or possibly even to -5.5 in result of the heavy money coming in on the original line.

This line change would give the advantage to those who were able to get the original Alabama -4.5 line…

as they have a better chance than those who must now bet on the new line if they want to take Alabama on the spread.

How to bet on the point spread

When betting on the point spread, there are some essentials that need to be covered before any money is on the table.

The spread bet is a tricky one in the sense that knowing how the game should go does not always ensure a successful spread bet.

Many times, unforeseen variables can affect a spread bet, but not the outcome of the game.

To avoid bad beats and sketchy matchups, make sure to understand the following tips to increase your chances when spread betting.

It should go without saying, but the most helpful data that will assist a sports bettor wagering on the point spread is stats.

Breaking down a matchup by the numbers will allow the handicapper to see just how the two teams are performing, and comparing their findings to the sportsbook’s projections.

The best number crunchers can expose the sportsbooks and find their weaknesses, making life tough for the bookies.

Stats like team offensive, team defensive, individual performances against certain teams and players, and more can be very useful when broken down effectively.

An aspect of football that should never be overlooked is the home field advantage aspect of the game.

Especially in college football, home field advantage has the potential to shake up any matchup.

Try to avoid betting too big on favorites away from home. Even as underdogs, home teams have the ability to gain momentum and outplay even the best of teams.

This home field advantage can be a killer to those who like to take the heavy favorites to cover the spread even when playing away from home.

One overlooked detail that can influence the point spread of a football game is the tendencies of the coaches involved.

Some coaches will choose to chew up the clock when winning, while others might want to stomp on the throttle and stack on the points.

Some coaches will take their starters out in a blowout game, while others might want them to stay in and ensure a big win.

The point is that all coaches react differently to certain situations, but most of these coaches have a noticeable tendency to do the same thing when put in the same situation.

Do your homework on the coaching matchup of each game prior to placing your bets.

These are just a few ways that can help your spread betting game.

After grasping the concept of the point spread, it is time to take things to the next level.

Alternate point spreads open up so many more opportunities to the sports bettor, making it one of the most popular techniques to practice when betting.

Alternate point spread lines are exactly what they sound like.

These are point spreads that are slightly different than the original point spread lines offered by sportsbooks.

Alternate lines will even allow bettors to turn the favorites into the underdogs.

This is done by finding a game that is expected to be close (-5 point spread or less).

For a team who is favored to win by -4.5, sportsbooks will offer drastic alternate lines, such as +.5 and +1.5 for these teams.

The downside of this is that the bettor would have to place much more money down on these wagers to bring back any significant winnings,

but that doesn’t change the fact that these alternate point spread lines are improve your chances of winning bets immensely.

Another whitty technique that can be used with point spread lines is the live bet.

Live spread betting is the action of placing money on a result while the game is going on.

Live betting on the spread allows bettors to wait for some of the game to play out before betting.

This strategy is quite useful for the observant bettor, as this will open up options that were not available to bet on before the game.

Live spread betting allows bettors to take advantage of rare situations, such as an underdog jumping out to a big lead,

or a strong home favorite struggling at halftime.

Each game is a chance for a great live spread bet, so keep your this in mind the next time their are some games on!

In the world of sports betting, there are countless feuds between gamblers trying to decide which is more profitable to bet on when it comes to the point spread: the NFL or college football.

While the NFL is the most popular sport to bet on in the United States, the sportsbooks lose more money on bettors taking advantage of college football point spreads.

This is likely due to the talent discrepancy that can be found in college ball that simply isn’t present in the pros.

The top teams in the NFL aren’t ever going to be 30-40 point favorites against the worst teams in the league,

but these massive 20,30,40+ point spreads can be found every week in the college game.

Keep this in mind the next time you lay money on the point spread of an NFL or college game.

Sometimes, the sportsbooks get the spread exactly right, and the game ends just as the bookie projected.

A push is the term used to describe a “tie” of sorts.

If a bet hits exactly on the spread, it is a push, and the bettor is returned the wager.

To avoid pushes, the sportsbooks offer half points (.5) on spread lines.

If you see a .5 after the point spread in football, understand that this type of bet will never end in a push.